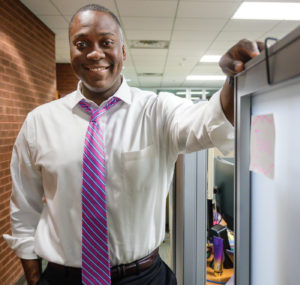 In November 2018, Dr. Ball was elected as county executive of Howard County, Maryland, becoming the first African American to hold the position.

When Calvin Ball was deciding what university to attend for his doctoral studies more than a decade ago, he looked to the past — his family’s past.

Ball’s father had attended Morgan State College on the GI Bill, and his graduation in 1973 greatly expanded the opportunities for the family, said Ball, now 43. As a child, Ball, encouraged by his father, would listen to storyteller and educator Mary Carter Smith (“The Griot”) on Morgan State University’s radio station, WEAA-FM.

“…I grew up with such an affinity for Morgan, and so it was a dream come true to be able to go there,” Ball said.

His own time at Morgan, where he graduated with a Doctor of Education in higher education/higher education administration in 2008, helped prepare him for a career that would make history, break barriers and put him on a path to effect change for hundreds of thousands of people.

In November 2018, Dr. Ball was elected as county executive of Howard County, Maryland, becoming the first African-American person to hold the position, in a jurisdiction whose population of about 330,000 people is 56 percent white and about 20 percent black.

“As the first county executive of color and definitely the first black county executive (in Howard County), it is such an honor to serve a community that I think believes in not just diversity but inclusion and opportunity,” said Dr. Ball, a Columbia, Maryland, resident. 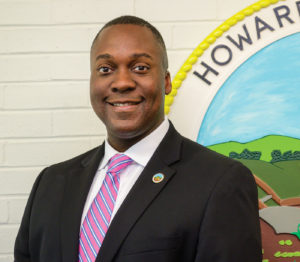 Attending an historically black university enabled him to take in academic perspectives that he hadn’t encountered before. Many classroom conversations were centered on empowerment that “kindles a flame of hope” — i.e., uplifting black people in challenging situations — and the participants in those discussions were people of color who had personally experienced those cultural and socioeconomic challenges, he said.

“It was great. Being around so many professionals, people who were not only able to talk about the literature and the scholarship but also meld that with the experiences and social justice lens about how we, for the better, transform people’s lives was exactly along the lines of what I feel my life’s goals and purpose are,” he said.

Ball also served as a faculty member at Morgan from 2010 to 2014, when he was tasked with serving as an academic adviser to graduate students, supervising clinical internships at community colleges, and other duties.

Llatetra Brown Esters, dean of students at the University of Baltimore, received academic guidance from Ball when he was a faculty member and she was a doctoral student at Morgan.

“I always felt that he was knowledgeable. He was helpful. He was truly concerned about ensuring that people had a voice and that issues were addressed as best as possible,” said Esters, who earned her Doctor of Education in 2014.

Dr. Ball’s four year-term as county executive began in December 2018. But his work on behalf of Howard County didn’t start with his current job. He is a former Howard County firefighter and emergency medical technician who served three terms as a county councilmember. In 2006, he became the county’s youngest-ever council chairman.

“…I grew up with such an affinity for Morgan, and so it was a dream come true to be able to go there.”

Dr. Ball has a Bachelor of Arts in philosophy and religion from Towson State University and a Master of Arts in legal and ethical studies from the University of Baltimore. He’s also a member of Alpha Phi Alpha Fraternity, Inc.

As Howard County executive, he is proud of his administration’s accomplishments during his first 13 months in office, including enhancing public transportation by expanding bus service routes and connections provided by the Regional Transportation Agency of Central Maryland; launching the Youth Suicide Prevention Plan; and announcing a strategy to address opioid addiction that includes committing $3 million over four years to a new residential treatment center to be formed in partnership with Delphi Behavioral Health Group.

Dr. Ball secured the largest funding increase for Howard County schools in a decade. He has also successfully pushed economic development initiatives, such as signing a memorandum of understanding for an Innovation Center, holding the county’s first Local Business Initiative Workshop and partnering with business accelerator Born2Global.

But Dr. Ball has much more on his plate for Howard County.

The suburb, located about 43 miles from Washington, D.C., and 24 miles from Baltimore, is known for its affluence and good public schools, said the married father of two daughters. The county’s poverty rate is 5.9 percent, compared with 9.3 percent for Maryland and 12.3 percent for the United States, according to U.S. Census Bureau estimates. The county’s median household income from 2013 to 2017 was $115,576, compared with $78,916 for Maryland and $57,652 for the U.S. In June, Howard County had the lowest unemployment rate among all 24 counties and county-equivalents in Maryland, 3.1 percent, which was lower than the state rate of 3.9 percent, according to non-seasonally adjusted data from the Maryland Department of Labor.

But being an area known for having plenty “makes it easy for people to fall through the cracks,” he said.

His plans include working to alleviate chronic homelessness, expanding the middle class and helping small, minority- and women-owned businesses grow.

“Economic mobility is something that is important to me,” Dr. Ball said. 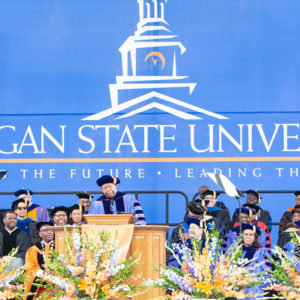