My job is to reignite the fire our alumni had when they were students and to get them engaged with Morgan today.”

Tell us about growing up in Baltimore and how you ended up at Morgan for undergrad.

I grew up on 33rd Street, between Memorial Stadium and Lake Montebello, within walking distance of Morgan, my mother’s alma mater. At her suggestion, I applied and was accepted to Morgan on an early admission after three years at Friends School.

And you have a strong legacy of Morgan alumni in your family?

Yes. My mother, Regina Bruce, nee Wright, graduated in 1966; my aunt, her younger sister, Claudine Allen, nee Wright, also graduated from Morgan; and my uncle, her older brother, Harold Wright, also attended Morgan. My mother and my aunt were jailed during the protest to integrate Northwood Theatre in the 1960s, in fact, their photo is on the wall in the University Student Center and was on the cover of Morgan Magazine.

What brought you back to Morgan?

Coming back to Morgan has always been the plan. In 2000, Cheryl Hitchcock, Morgan’s (then) director of development, hired me as a development officer. I, along with Ms. Hitchcock and Joyce Brown, attended the School of Philanthropy at Indiana University through a grant from the Thurgood Marshall Scholarship Fund. We implemented what we learned to essentially build a permanent fundraising team and culture of philanthropy from the ground up. That work over 20 years ago has led to the recent fundraising successes Morgan is having today.

What are your other work experiences?

We all stand on the shoulders of giants. One of the best mentors I have had was/is Cheryl Hitchcock. She has been a “North Star” for my career from the beginning. Everything that has happened, every promotion, every career move, every speaking engagement, every article I have published has been because she and others encouraged me to take huge steps. From my job as director of development for the College of Arts and Sciences at The Ohio State University — one of the largest universities in the country — to positions that I’ve held at George Mason and the University of Maryland, College Park, all of my career experiences have methodically and purposefully led me back to Morgan. Returning home to alma mater and taking that next step with Morgan was inevitable.

How do you plan to help Morgan reach its goals?

The University is growing, we’re striving for R1 research status, and we have alumni who have achieved great things. My job is to reignite the fire our alumni had when they were students and to get them engaged with Morgan today. I want Morgan alumni to be inspired by what is happening here! Believing in your university begins with remaining close to it and doing our collective part to support it. #GoBears 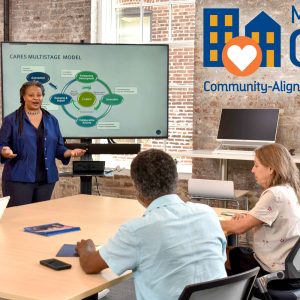 By: Eric Addison Growing up in Iran, Payam Sheikhattari faced the challenges of being a Kurd and a Sunni Muslim, an oppressed...