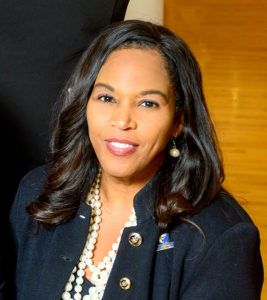 Lesia L. Crumpton-Young, Ph.D., is an engineer, professor, researcher, author, coach and entrepreneur. She is eager to use her talents in service to Morgan State University, as the new provost and senior vice president for Academic Affairs.

“I was the first in my family to attend college, so I’m passionate about ensuring the success of students,” said Dr. Crumpton-Young, who earned her doctorate in industrial engineering from Texas A&M University and was the first African-American woman to do so. “I want to be an advocate for both the faculty and students.”

She is among the scholars and administrators who’ve joined the University’s leadership ranks this year or have been elevated from previous posts at Morgan. The cohort also includes: Patricia Williams Lessane, Ph.D., associate vice president for Academic Affairs; Glenda M. Prime, Ph.D., dean of the School of Education and Urban Studies; and Donna J. Howard, CFRE, vice president for Institutional Advancement and executive director of Morgan State University Foundation, Inc. The four women each bring impressive credentials and a wealth of experience to their roles.

During her 25-year career in academia, Dr. Crumpton-Young has held positions at Tennessee State University, the University of Central Florida, Texas A&M University, Mississippi State University and the National Science Foundation. Widely known for her accomplishments in her field, she has published more than 150 scholarly articles and has received numerous national honors, including the U.S. Presidential Award for Excellence in Science, Mathematics and Engineering Mentoring under the Obama administration.

“I’ll work closely with (Dr. Wilson and his leadership team) to ensure we have transformative academic programs,” said Dr. Crumpton-Young, who is also serving as a full professor in Morgan’s Department of Industrial and Systems Engineering. “It’s my job to ensure that we offer students promotable skill sets that will provide professional marketability and career vitality.” 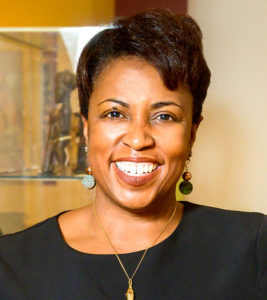 Dr. Lessane arrived at Morgan last spring, after serving as associate dean of Strategic Planning and Community Engagement at the College of Charleston, in South Carolina. She also held dual roles as executive director of the Avery Research Center for African American History and Culture and as a tenured faculty member.
“Morgan has a legacy of black scholarship and scholastic excellence,” she said. “I’ve followed Dr. (David) Wilson’s career as president. I thought, ‘I need to go work for them.’ ”

Dr. Lessane holds a Ph.D. in anthropology from the University of Illinois at Chicago and served as a Fulbright specialist at the University of Málaga, in Spain. An author, researcher, documentary producer and social anthropologist, she frequently writes about the intersection of race, gender and class in black life in the U.S.

Higher education, however, is her passion.

“I have wide experience with all types of students, (including) international, first-generation (and) nontraditional students,” said Dr. Lessane, who has also been appointed an associate professor in Morgan’s Department of Sociology and Anthropology. “I’m hoping that insight will inform what I bring to the experience.” 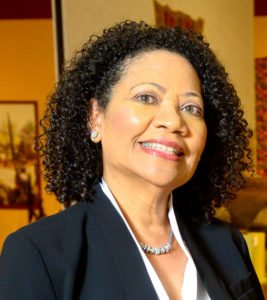 Dr. Prime, a native of Trinidad and Tobago, came to Morgan in 1999, after a decade of teaching at the University of the West Indies, where she received a Ph.D. in education. Before being appointed dean at Morgan, she chaired the University’s Department of Advanced Studies, Leadership and Policy, which houses graduate programs in education. Under her leadership, that department became the leading producer of doctorates at Morgan.

“I was able to grow enrollment in the mathematics and science education doctoral programs, and, later, I developed Master of Science programs in both of those areas,” said Dr. Prime.

With two-and-a-half decades of experience as an educator, Dr. Prime has primary research interests that revolve around African-American students in urban science classrooms. A secondary research area involves the doctoral preparation of science education researchers. She has penned numerous journal articles and recently edited and coauthored a book titled, “Centering Race in the STEM Education of African American K–12 Learners,” with Morgan faculty as co-contributors.

Having presented her work in several countries, she proudly notes Morgan’s international reputation: “We draw students from all over the world.” 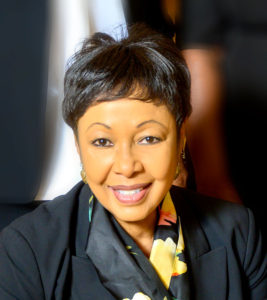 Howard joined the University in December 2011 as director of the Office of Development. She is now applying her skills to a broader purview as head of the Division of Institutional Advancement, which is Morgan’s external communications arm and includes fundraising, public relations and alumni relations. Her responsibilities range from forging partnerships with corporate and civic organizations, to public engagement and building ties with alumni and friends of the University.

“I manage the scope and direction of our work to inform, engage and partner with a diverse spectrum of audiences,” said Howard, who received her B.A. in nonprofit marketing from the University of Massachusetts at Amherst. “We’re the smallest unit of the University with the largest impact — reaching some 60 million individuals annually through direct reach and exposure to the Morgan brand. A big part of the work is building relationships.”

Her vision has brought high achievement in her work, including her previous positions with the United Negro College Fund and the University of Maryland School of Social Work as well as with Morgan, where she was instrumental in the recent success of the Anniversary Campaign, which raised more than $254 million.

“There’s been a long line of caring people who’ve sustained Morgan since our founding,” Howard said. “At 150-plus years, we are still going strong and positively impacting people. I love being part of the lineage that has helped carry this institution forward.” 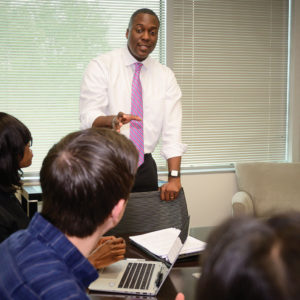