By objective measures, the 2020 U.S. election was truly as historic as many predicted. More than 159 million votes were cast in the general contest in November, the highest total ever. Moreover, the percentage of eligible voters who cast ballots reached nearly 70%, according to preliminary estimates from the United States Election Project: the highest rate since the beginning of the 20th century.

Data from Morgan State University’s (MSU’s) home state of Maryland were consistent with the trend, and with Morgan’s long history of civic engagement by students, it should come as no surprise that MSU scholars were among those at the vanguard of the effort to get voters registered and to the polls to fulfill their responsibility to choose government leadership and policy.

Jada Grant is in her junior year as a computer science major at Morgan. The Baltimore County native and third-generation Morgan student (Her mother and maternal grandfather are both Morgan graduates.) has a packed academic schedule, a 3.94 grade point average and an impressive list of summer internships completed. She has worked for Facebook and for Microsoft, which has invited her to return in 2021.

I knew the upcoming year was going to be highly important politically. I wanted the women of our section to realize how our mission aligned with the need for (Black women) to vote.

Grant is also president of the MSU Section of the National Council of Negro Women (NCNW) and a general body member of the MSU Chapter of Black Girls Vote (BGV) , an organization whose national president, Kayla Jackson, is also a Morgan student. The two are among many Morganites seeking to increase political activism in Baltimore and beyond.

“Black Girls Vote’s purpose is to engage and educate and empower women within the Black community,” said Jackson, during an interview this past October outside of Morgan’s University Student Center, near the early voting site on Morgan’s campus, in Hurt Gymnasium. “We are all about making positive change within our community, and in order to make change, we have to be the change. We have to be out here actively registering people to vote. We’re not just focused on the presidential elections. We also try to register people to vote during their local elections.”

We are all about making positive change within our community, and in order to make change, we have to be the change.

Jackson, a junior political science major, joined Black Girls Vote in 2019, soon after the five-year-old organization established its chapter at MSU. She was elected national president a year later. A native of Prince George’s County, Maryland, Jackson said, “I really grew passion for the Baltimore communities, many of which are under-resourced. I really wanted to give back and be civically engaged and help my peers realize that their vote matters, that this is our time.”

Grant joined the Morgan State Section of NCNW during her freshman year, in 2018, attracted to the group by the sisterly vibe of the NCNW members she met at Morgan’s student organization fair, and guided by the teachings of her “best friend,” her mother, who raised Jada and her twin sister to “serve a higher purpose.” The 85-year-old organization’s mission is “to lead, empower and advocate for women of African descent, their families and communities.”

“Through NCNW, I was able to participate in a lot of community service initiatives which I enjoy, such as feeding the homeless, interacting with elderly people, mentoring and tutoring in high school and cleaning up the community, and we were able to give back to the Morgan community also,” Grant said. When she began her term as section president in fall 2020, “I knew the upcoming year was going to be highly important politically. I wanted the women of our section to realize how our mission aligned with the need for (Black women) to vote,” she added. The section hosted an NCNW 2020 social media campaign in which members posted photos of themselves after voting or during other civic engagement. The group also held a joint event with Black Girls Vote titled “Your Voice, Your Vote,” to evaluate the initiatives that candidates for political office were promoting to address issues such as Black women’s healthcare, and racial and economic disparities.

Black Girls Vote’s activism during the 2020 political season included numerous voter registration events in Baltimore and other predominantly Black cities, and a campaign titled Party at the Mailbox, an initiative launched in March 2020 to support mail-in voting during the COVID-19 pandemic. In that campaign, BGV sent boxes of voter information along with free gifts to interested citizens in Baltimore, Detroit and Philadelphia.

Jackson and Grant say they’re very happy with the strong turnout of Black voters this year as indicated in preliminary reports, but they stress that the work of the electorate is far from done.

“Although Biden and Harris have been elected, we must hold them (and other office holders) accountable and ensure what they willingly promised during the presidential election season is implemented,” Jackson said. 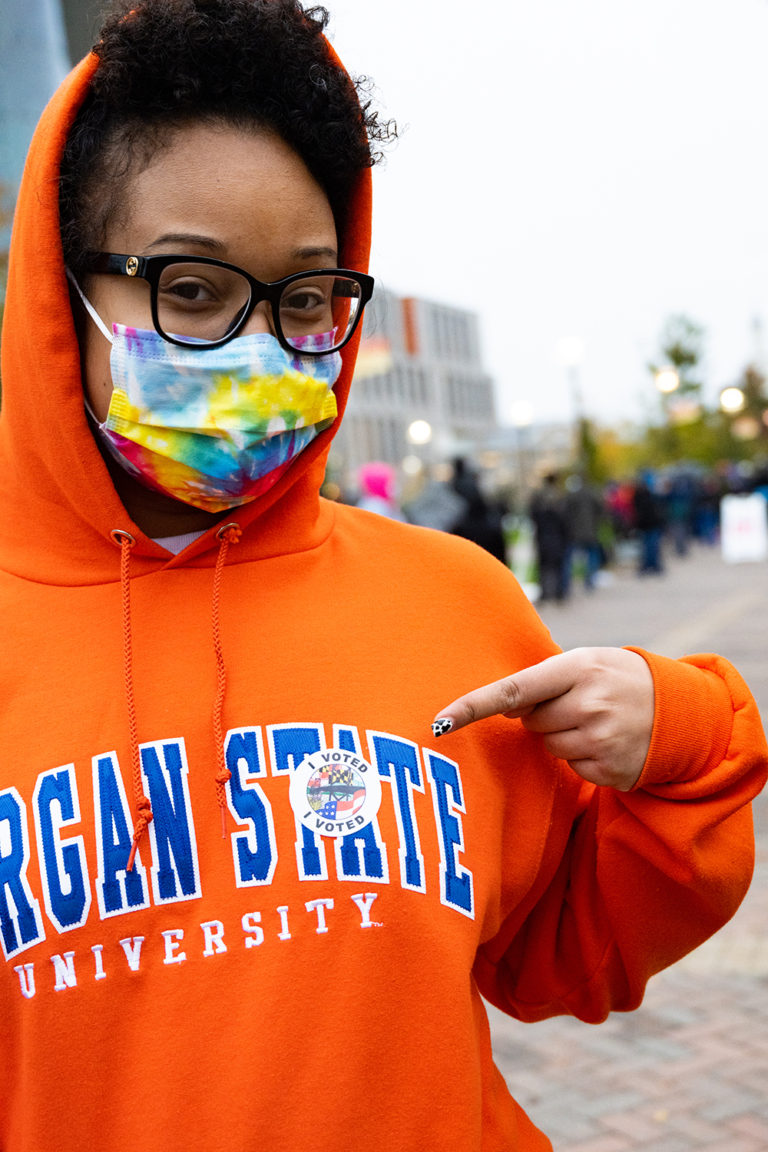 MSU’s Campus Starred in the 2020 Election

Morgan State University was proud to be selected as the site of one of Baltimore City’s eight early voting centers and 23 locations for same-day voting in the nation’s 2020 general election. People of all ages, races and backgrounds chose Morgan’s Edward P. Hurt Gymnasium as the location to cast their vote from Oct. 26 through Nov. 3. More than 13,300 citizens cast their ballots in the early voting at Hurt, which made MSU’s campus the most utilized site in the city. Morgan also hosted a State of Maryland ballot box to collect absentee/mail-in ballots. The box was located in front of the University’s new student services and administration facility, Tyler Hall. 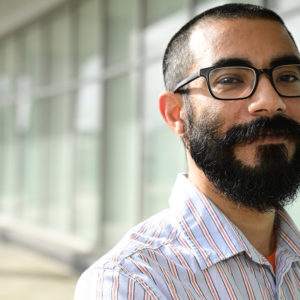 By: Angela Alexander The Center for the Study of Religion and the City (CSRC) seeks to drive innovative religious studies...