Renaming of Convocation Recognizes the Lifework of Historian Rosalyn Terborg-Penn 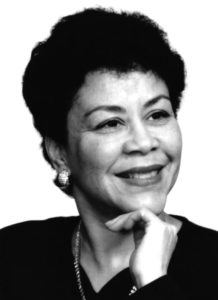 Morgan State University’s Women’s History Month Convocation is part of the yearlong convocation series that began celebrating African-American history at Morgan in 1989. The annual assembly honors the achievements of African-American women in the history of the nation and the world. On March 14, 2019, Morgan State University President David Wilson issued a proclamation renaming the event as The Rosalyn Terborg-Penn Women’s History Month Convocation. MSU professor of history emerita since 2009, Terborg-Penn was one of the nation’s leading authorities on African-American women’s history. She passed away unexpectedly on Christmas Day 2018.

Jacques Sr. was a jazz musician and skycap who was originally from Paramaribo, Suriname. Jeanne had roots in Indianapolis, Indiana. She worked as a homemaker then, later, as an administrative assistant. A strong interest in her family history and identity was the foundation of Rosalyn’s lifework.

The Terborgs moved from Brooklyn to Queens, New York, in 1952, and it was there that Rosalyn received her education, attending John Q. Adams High School and Queens College, City University of New York, where she earned a bachelor’s degree in history in 1963. She often remarked that her first interest was architecture but that she was discouraged from that pursuit by counselors who cautioned it was not an appropriate career for women. This was one of many early instances that would shape her feminist philosophy.

Influenced by her father and events unfolding in the country, Terborg-Penn was drawn to activism. She found her place in the civil rights movement, beginning with a boycott of Woolworth’s on 5th Avenue in New York in solidarity with the students in Greensboro, South Carolina. She also led a protest when Queens College refused to allow Malcolm X to speak on campus. In 1963, Terborg-Penn attended the historic March on Washington with her father and brother. 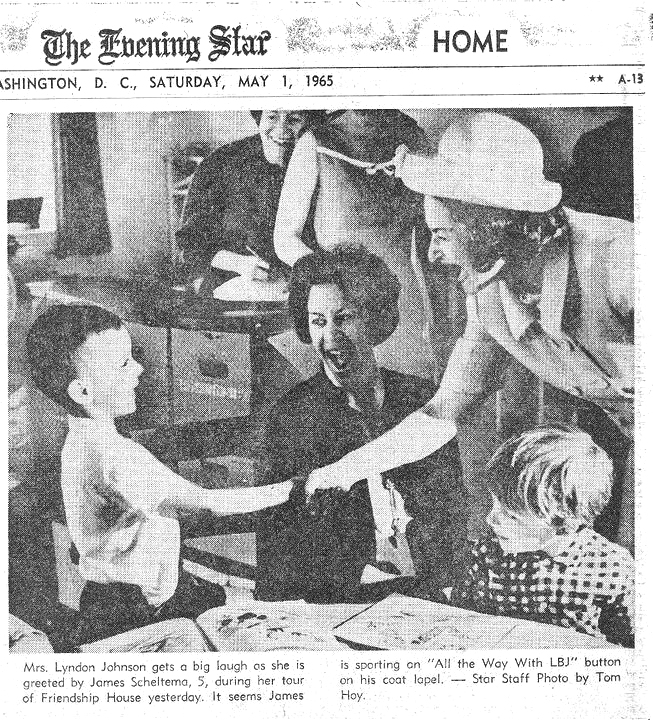 During her time at Queens College, in 1961, Terborg-Penn was initiated into Alpha Kappa Alpha Sorority, Inc. The sorority served as both a source of lifelong friendships and another avenue for activism. In her later work, she often acknowledged the invaluable role of black women’s clubs and societies in organizing efforts around women’s suffrage and civil rights.

After graduating from Queens College, Terborg-Penn moved to Washington, D.C., to pursue a master’s degree in history at George Washington University. She chose the city in part because many other members of her extended family, including her aunt and namesake Rosalyn Coleman and her cousins James Fletcher Robinson and Charles Bailey, had relocated to the area. While attending GW, Terborg-Penn worked at Friendship House, a settlement house in D.C. that provided educational and social support to the city’s underserved families. In addition to meeting First Lady Claudia (“Lady Bird”) Johnson, it was there that she met her husband-to-be, William Thomas Penn. The couple married in 1968, and shortly afterwards they moved to Columbia, Maryland. In 1969, Terborg-Penn began her teaching career at Morgan State College, joining a faculty that included notable historians Benjamin A. Quarles, Ph.D., and Roland C. McConnell. Terborg-Penn chose to spend her entire academic career helping to build a thriving history program at Morgan while teaching countless generations of Morgan students.

The Penns welcomed their daughter Jeanna Carolyn Penn into their family in 1972, but their marriage ended in divorce in 1979. Despite the challenges of furthering her career as a single mother, Terborg-Penn made parenthood her highest priority, dedicating herself to providing an enriched life for Jeanna.

During her early years at Morgan, Terborg-Penn entered the doctoral program in history at Howard University. While a student there, she was influenced by historians Rayford Logan, Ph.D., and Merze Tate, Ph.D., the first black woman appointed to Howard’s History Department, among many others. At Howard, she also met and collaborated with a group of dynamic women who lamented the lack of scholarship in black women’s history and endeavored to change that reality.

Among Dr. Terborg-Penn’s pioneering contributions to the field of history, three stand out as the brightest examples of her genius and unique position among her peers. In 1979, she, along with colleagues Eleanor Smith and Elizabeth Parker, founded the Association of Black Women Historians (ABWH). Dr. Terborg-Penn and her sister-founders set forth important goals for the fledgling organization, including work to promote black women in the profession and to enlarge the field of black women’s history through research, publications and teaching. Four decades after its founding, ABWH has a robust membership whose accomplishments mirror Dr. Terborg-Penn’s international reputation for outstanding historical research and analysis.

Another significant contribution was the 1998 publication of Dr. Terborg-Penn’s seminal book, “African American Women in the Struggle for the Vote, 1850–1920.” Her research broke new ground by documenting that, contrary to previous reports, black women actively participated in the women’s suffrage movement. Dr. Terborg-Penn chronicled that at every stage of the long-fought struggle for the vote, black women organized on behalf of the suffrage movement, argued Constitutional doctrine and staged protests to secure the franchise for all women. Through her research, Terborg-Penn positioned black women in their rightful places within the suffrage struggle. This year, scholars across the country are revisiting her work, as the centennial anniversary of the passage and ratification of the 19th Amendment is commemorated.

Morgan was the beneficiary of the third of Dr. Terborg-Penn’s most significant contributions: she played a leading role on the committee that drafted the proposal for Morgan’s doctoral program in history. The proposal was approved in 1995, leading to the creation of Morgan’s first Ph.D. program. Donna Tyler Hollie was the first candidate to earn the degree, at Morgan’s May 2000 Commencement Exercises. Since that time, 34 Ph.D.s in history have been conferred at Morgan. Dr. Terborg-Penn coordinated MSU’s Graduate Program in History from 1986 until she retired in 2006. She continued teaching Dissertation Guidance at the University until 2009.

A consummate professional and scholar in life, Dr. Terborg-Penn has left a rich legacy for her family, her former students, her former colleagues, Morgan State University and the history profession. She was the portrait of a modern black woman who balanced her family, activism, exceptional teaching, scholarly research and organizational enhancement of her field. Dr. Wilson’s leadership in renaming the Women’s History Month Convocation in her honor ensures that her contributions will never be forgotten on Morgan’s sacred campus. 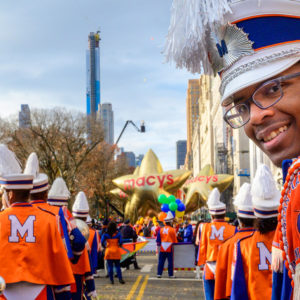 By: Eric Addison Rising early to watch the Macy’s Thanksgiving Day Parade on television is an annual holiday tradition...